There are many situations in which it is valuable to use ceiling treatments to control sound in a space, and after ceiling tiles, two other popular options are either Sonora® ceiling clouds or Sonora® ceiling baffles. What is the difference between these two, and when is it desirable to use one over the other?

It may help if we first define the physical characteristics of the two treatments. The similarities are in materials, and the differences are in implementation. Both are fiberglass core substrates covered in an acoustically transparent fabric; however, a baffle is completely wrapped in the fabric, while the ceiling cloud is often left uncovered on the back – to assist with mounting.

The main difference between the Sonora® baffle and the Sonora® ceiling cloud is the hanging orientation. A baffle is hung from its edge in a vertical orientation, while the cloud is hung horizontally, often parallel to the ceiling. The major benefit of both of these products is that neither is directly mounted to the surface, allowing all of the surfaces of the absorptive material to be exposed to sound – this makes them extremely effective at mediating airborne sound.

If they are both so similar, why do some situations benefit from one over the other?

Due to the horizontal orientation of the cloud, they are great at removing hard reflections off of the ceiling – say over a mixing position, in a listening room, or between the ceiling and a large conference table. They can be used to make a false ceiling by hanging them below a high ceiling – creating some intimacy in the space, both aesthetically and acoustically. By leaving space between the clouds, sound can travel up and around them, losing energy as it travels up to the hard ceiling, bounces off, and passes back through the absorbent substrate. This makes them very effective at deadening the hard first reflections and helping to reduce reverb times by removing the energy early. They require some skill in hanging, as they have multiple mounting points on the rear, and can be difficult to level – but the aesthetics are worth the extra effort. 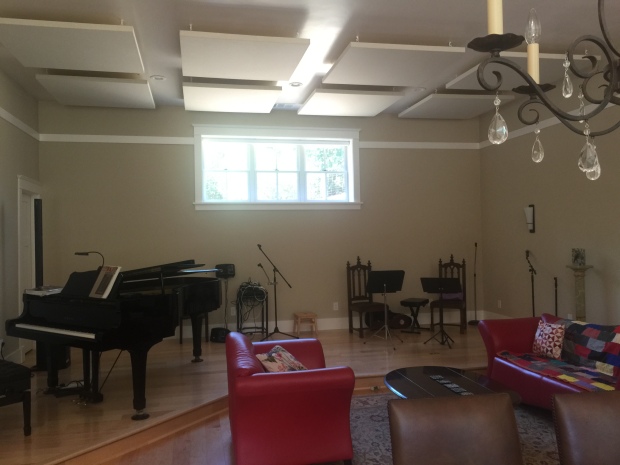 The ceiling baffles hang vertically, which generally changes their implementation. First, they require higher ceilings, but this also means that they are very effective in larger spaces, because they hang down lower. Also, hanging a large array of baffles is a quick and easy process, with many only having 2 mounting points. They are great for controlling reverb in large spaces where sound could be coming from many different locations in the room – like a gymnasium, multi-purpose space, or cafeteria. Due to their vertical orientation, it is not likely that objects (volleyballs, basketballs, kickballs, etc.) will get stuck on top of them, which is more plausible with the clouds. Sonora® Baffles lower the reverb time by addressing the sound pressures up in the ceiling area, and create labyrinth for sound to run through. A large grid of baffles will increase speech intelligibility substantially in larger spaces by trapping the sound that usually bounces around in the rafters – an ideal use for the humble baffle. 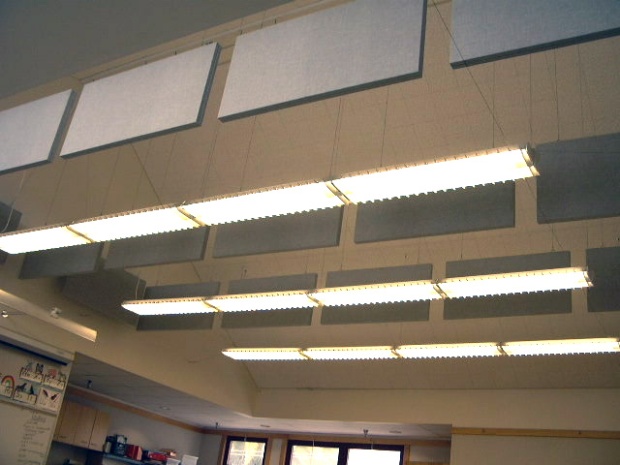 If you have questions about which treatments would work best in your space, contact us today for a free assessment and consultation.